Familiarizing myself with the Nikon D7200

My experience with Nikon goes back to the F2 film model, and other than holding a few newer, digital models, hasn't progressed past that.  That is a long, long time.  When I was looking for a dSLR in 2003/2004, I looked at the Nikon D70/D100, Canon, and Pentax models before purchasing an Olympus E-1.  The others weren't very good in 2004 and I didn't regret buying into Four-Thirds until 2010 or thereabouts.  I'm actively using micro Four-Thirds now, so the sensors really aren't the huge problem that people would believe, especially for people who don't stress the equipment as much as I do photographing sports.

I was ready to buy the Nikon D300 but it was three years old or so in 2011, and I'd have to duplicate a lot of equipment to do what I was doing at the time.  Replacing high end lenses is not cheap, and the big two want to make sure you pay big.  The D300s wasn't more than a compromise to add video.  The Olympus E-5 was too easy a choice.  It extended my ability to shoot with my arsenal of lenses and it wasn't awful.  It felt like it was about three years too late, but it worked well.

Now that the D7200 is out, I talked to a salesperson about it, after reading practically every preview I could find.  I got a deal on the D7200 + Sigma 18-35mm f/1.8 and that sold it for me, as I needed lower light capabilities.  Photographing inside an indoor skate park a few months ago, I realized how well things worked at ISO 3200, and I wasn't impressed, although the Panasonic GH4 kept up while recording video.  The D7200 has two black and white modes at ISO 51,200 and 102,400.  That sounded great.

In reality, what sounded great hasn't proven yet to be great.  I'm sure that will come.  In the meantime, I am finding too many new user problems, such as finding how to select an auto focus pattern.  On my current Panasonic and Olympus equipment, it's fairly easy to select a pattern.  Even on the Pentax K-50, it was fairly simple to find the setting.  Nikon cleverly hides it in plain sight, but not before confusing me with a menu item for the selection of 51 or 11 AF points.  The AF/MF toggle switch is to the left of the bottom of the lens mount.  There is a button that is to be pressed and held while the rear dial is being rotated which changes the auto focus pattern.

I've tried the scatter pattern AF (it is usually the default) on various camera bodies over the years, when I started to use AF, and found it to focus on everything but what I wanted.  Nikon's scatter pattern may guess better or the depth of field is good, so many photos seem close to what I want--and frustratingly far from being in focus.  That should change now that I have a single focus point activated.  Unfortunately, I wasted a lot of photos, unable to get what I wanted.

Besides that, selecting the focus point seems to be hidden, holding that the same button and the moving it with the four-way directional pad.  In some ways, this is a good thing, although I seem to accidentally change it anyway.  The Olympus E-M1 is far too easy to accidentally change the focus point by pressing the OK button, which brings up the Super Control Panel and defaults to the focus point selection, and it can be moved with the rear dial.  It's easier to select it my touching the display but that isn't accidental.  The Super Control Panel on the E-5 is practically perfect, and there is no touch panel.  You navigate to the AF pattern selection, press the OK button, and you have three patterns at the bottom from which to choose, and you use the rear dial to move the focus point.

Then, there is the informational status display.  Olympus has the interactive Super Control Panel.  I first used it on the E-5 dSLR.  It is an effective and quick way to change important settings.  Panasonic has a Quick Menu, which is different but also helpful way to get things done.  Nikon has a display of settings.  Yeah, thanks but it doesn't help.  It just means that I have to dive into the menu or find a physical button that helps me change settings.

e.g., the ISO sensitivity button in the leftmost column of buttons.  Holding it presents me with a window that shows me ISO Auto and ISO number.  Wait?  It can be both at the same time?  How do you know which is active?  It would be less confusing if it was one list, with Auto only a selection in the list.  Right now, it seems to default to ISO 25,600 no matter how bright out it is.  I need to force it to ISO 200 to get decent image quality.  Hopefully, firmware will take care of this problem.

The command dials are another new user problem, but after Olympus changed the behavior with the E-M1 (from what the dSLRs did), I no longer default to certain expectations.

Otherwise, things are working as expected.  I shoot and it works reasonably well.  I'm not pleased at this point.  It seems broken and only firmware will fix it.  I can learn to use it, but I can't fix anything but the new user problems.  It should be good in a few months when Nikon update the firmware and I've acclimated myself to the body.

In August, I was shooting in a couple of indoor skate parks.  The body insisted to use the highest ISO settings possible, and strangely, the image quality was poor.  All those years of hearing how APS-C was incredibly better than (micro) Four-Thirds, it didn't seem all that true in real life.  Even at ISO 200, I'm not seeing a huge difference.  While the Panasonic GH4 was at ISO 200 and 400 in those indoor skate parks, the D7200 was using ISO 14,400.

The extremely high sensitivities of ISO 51,200 and 102,400 have been valuable in getting the shots but the image quality is only good enough for Instagram.

Hopefully, the body works much better with a Nikon lens because it certainly doesn't seem to do its best with the Sigma 18-35mm f/1.8.  I've ordered the USB dock for the lens, so that I can update the firmware.  Perhaps that will help.

I took the Nikkor out at around 10:30 p.m. last night and it was more eager to work on the D7200, but it still didn't seem ready.  I pumped up the ISO sensitivity to 5000 and it seemed fine but what wouldn't work fine at that sensitivity?

I still need to assess the photos but I deleted a few already because they weren't steady enough.
Posted by Sakamoto Nobuyuki at 14:46 No comments:

One feature that intrigued me about the D7200 over older models was the two black & white high ISO modes.

The difficult part of photographing sports is getting enough light to capture the action.  Anyone who has attempted to photograph night games, such as American football, knows that it is extremely difficult, even with a Nikon D4.

Photographing in Florida in early spring outdoors was even difficult.  I was photographing a lacrosse game from 5:00 p.m. to 7:30 p.m. and it went from bright and warm enough (75 degrees F) to dark and cold by the end.  Having had frostbite, I had another obstacle in working the controls as my fingers seemed less flexible.  In 2006, I had a choice of using ISO 400 sensitivity and a GN50 flash.

This March, I was photographing a competition at an indoor skate park, which meant ISO 3200 and some hope.  Since I was taking still photos and video, it wasn't possible to use artificial light and make it work.  The image quality was sufficient. 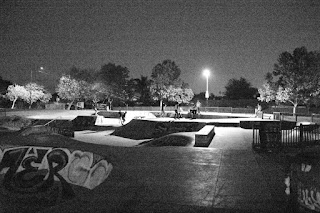 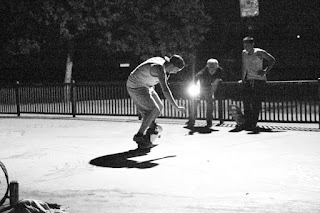 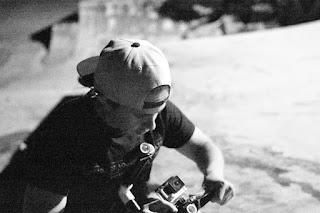 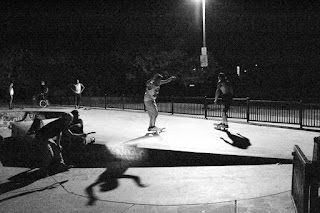 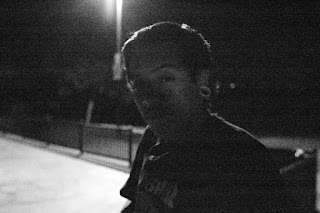 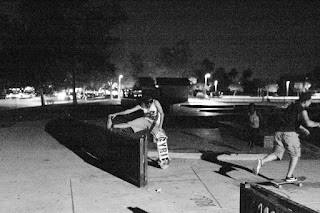 Posted by Sakamoto Nobuyuki at 01:41 No comments: