It's been one year since I bought the Nikon D7200 and Sigma 18-35mm f/1.8.  It has been a very rough journey learning to get the best of it, even though I've used a number of SLRs and dSLRs and other cameras over the last 40 years.

Back in 2004, I made the jump to a digital SLR, looking at Nikon, Canon, and Pentax ahead of buying an Olympus E-1.  I weighed a great many factors and chose an all-digital system without a legacy.  The images that came from it are still quite wonderful and the body worked nearly like an extension of my arms.  I've yet to find another camera body that feels so right.

By 2007, the Nikon D300 arrived and I was re-thinking a lot of things.  I was fairly invested at this point and declined to jump to Nikon.  When Olympus brought forth the E-3, I was unhappy that it was two years late and two years behind the rest of the market.  In late 2011, I bought the Olympus E-5.  By then, the D300 was older and the E-5 used my equipment quite well, with a fairly modern sensor.  Had there been a D400 at the time, I probably would have jumped ship.

I have struggled with the camera body and still struggle with it now.  The last Nikon I used to any larger extent was the F2 film body.  When I recently talked to a Nikon representative, he hinted at the inconsistent nature of the company's interface since they started with dSLRs.

The rear of the body is an ergonomic mess.  The left-side column of five buttons is difficult to use without looking carefully at the buttons.  The button at the bottom, a stylized "i" seems to be for information, but across the rear display is a button marked "info".  Is this confusing?

Sadly, the menus are even more confusing.  They're possibly as bad as the Olympus menus, but at least, Olympus has the interactive Super Control Panel.  Nikon gives me the Informational Panel that is not interactive.  Auto Focus was extremely interesting, due to its reliance on both menu selections and the AF controls to the bottom left of the lens mount.

Thankfully, major functions in the form of four buttons replaced the mode dial on the left shoulder: Quality, Metering, White Balance, and Mode.  The first three are better there than as some sub-functions on those 5 left-hand buttons on the rear of the body.  They can easily be found by position on the D500.

When I first gave up the mode dial with the E-5, I thought that it was the stupidest thing I'd ever seen.  The E-5 relies greatly on the top display, as do the D300 and D500.  Years later, the top display works just fine, thankfully.  Even the top display of the E-1 is still working well.

Panasonic GM5 is tiny but quite usable

I'm adapting to the Panasonic GM5 after years of using SLRs and dSLRs.  To say that it is small would be an understatement.  My first photo of the camera was in front of a $1 bill.  The GM5 was smaller.  It's smaller than a smartphone, as well.


It seems impressive that internally, it is much the same as the Panasonic GX7.  The big compromise is that the mechanical shutter can't go faster than 1/500th of a second.  If there is any chance you would mistake this for a camera for sports, you'll notice the shutter speed limitations immediately.  For many people, this might not be a problem because the electronic shutter goes to 1/16000th of a second, jello effects included, as necessary.  Thinking back, my first SLR had a top shutter speed of 1/750th of a second when 1/1000th of a second was a premium shutter speed.

The other significant compromise is the battery capacity, at 680 mAh.  I'm not sure whether the GX8 battery is worse for the size or not.  The GH4 is the only micro Four-Thirds body that doesn't seem to have a lower than expected battery capacity, at 1860 mAh.  I joked when I bought the GM5 that I should buy another 14 batteries.  Pressing the DISP button enough times will shut off the rear display for normal use, and you can still press the Play button to display your photos and video.

As you can see from these photos, it is tiny.  All of these camera bodies use the same size (13.0mm x 17.3mm) of sensor, although the dSLR contains the mirror box which makes everything much bigger.

There is no grip on the front of the GM5--the textured surface may help a bit, as does the thumb hold at the rear, beneath the mode dial.

I'm not quite sure about the use of the optional grip.  Currently at US$79.99, it isn't horribly expensive but it doesn't do much, providing more clearance for larger lenses so that the combination doesn't fall backward.  There is also a third party grip, made of aluminum, that looks very useful, but doesn't add any extra clearance below the body.

I was quick to order the strap you can see in my photos of the GM5.  US$37 + shipping seems a small price to pay for the security of photographic equipment.  I pay about the same for my phone cases, although I can feel safe dropping my phone.  Nauti Straps are made from cable used in the sailing industry, so they're quite strong.

I've also ordered two batteries and a small case, so that I can carry the miniature kit with me.  The Lowepro Urban Reporter 150 Messenger Bag for Micro-compact DSLR or CSC Cameras is currently US$29.99 at Adorama and seems appropriate for the GM5 and a few lenses and supplies.  Strangely, I've been using the lens bag for the 42.5mm f/1.7 to hold the GM5 + kit zoom lens, and it sits just above my GH4 in my big bag.

I'm still working on taking time to go out with the GM5 and a few lenses to get some photos.  At the moment, I either take everything with me or just the GM5 and one lens. 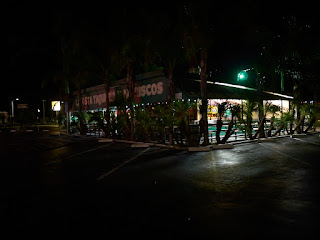 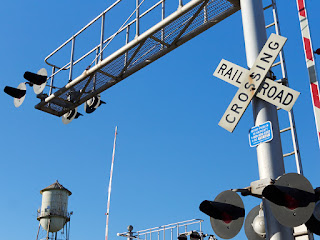 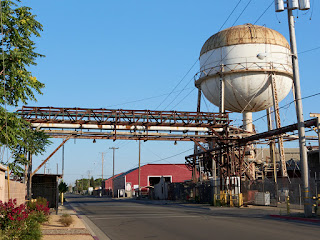 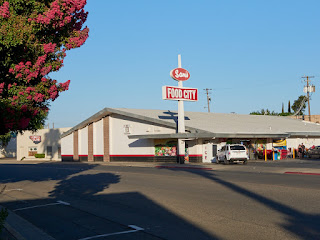 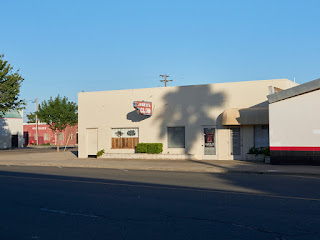 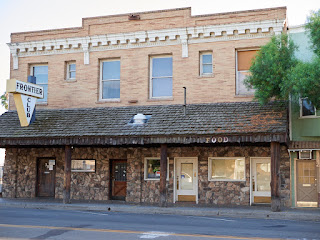 Update 2016.08.10: Trying the GM5 in lower light but not complete darkness is frustrating.  Around sunset, it didn't want to lock focus as quickly as the GX8 or GH4.  Obviously, the small size doesn't allow as much processing power, but smart phones still do well.  The GM5 actually seemed better in the dark, but it might be that I had lower expectations at that time. 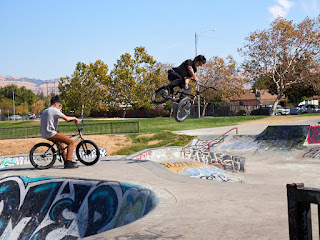 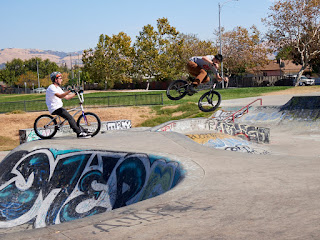 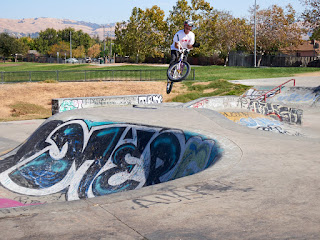 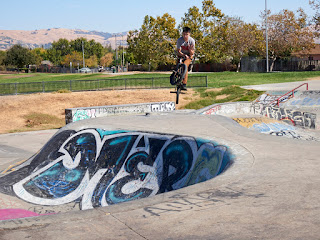 As you can see from these photos, the GM5 can capture action shots, with some anticipation.  It isn't a sports-oriented camera body but it can be used in a pinch.  These were taken with the kit 12-32mm f/3.5-5.6 zoom.  The 32mm isn't nearly long enough but considering the tiny lens and the idea of keeping a complete kit so tiny, it's more than good enough.  I also carry the 42.5mm f/1.7, 25mm f/1.7, 15mm f/1.7, and 8mm f/1.8 fisheye lens and they keep it competitive, but as I've already mentioned, it isn't the fastest in lower light conditions.

The 12-32mm f/3.5-5.6 is unusual for a kit lens.  It is quite sturdy, and seems to contain more metal than most kit lenses.  Of course, this body/lens kit had a suggested retail price of US$899.99, so that might have something to do with it.